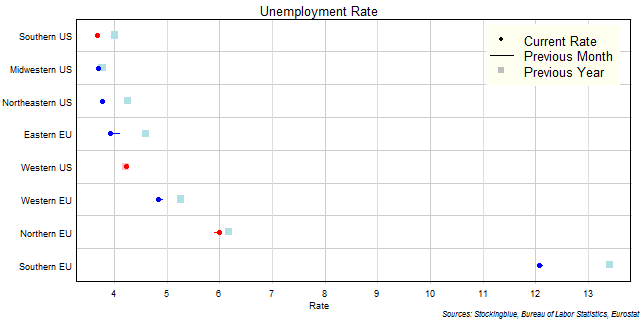 The chart above shows the unemployment rate in each EU and US region as of February 2019 (unless otherwise noted - see caveats below), the change from the previous month, and the rate one year prior.  US regions fare considerably better in this metric than EU regions do.

The Northeastern US has the smallest range in unemployment rates this month with a low of 2.4% in New Hampshire and Vermont to a high of 4.0% in New Jersey and Pennsylvania.  The Southern EU has the greatest range with a low of 3.5% in Malta to a high of 18.0% in Greece.