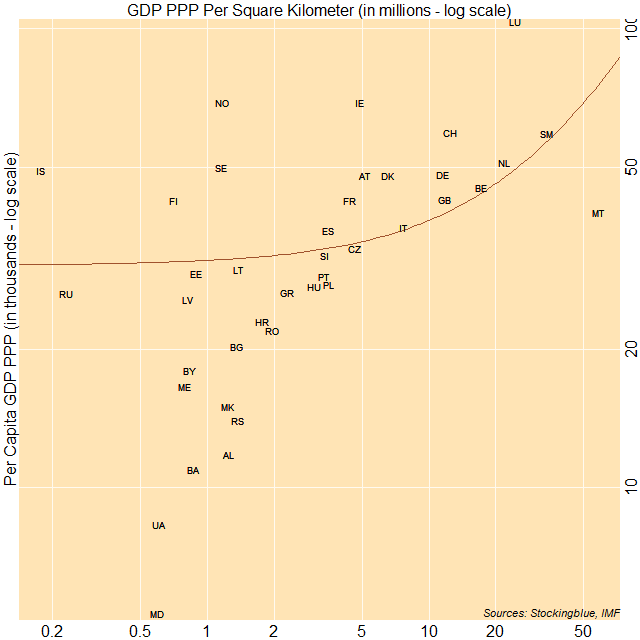 The correlation between per capita gross domestic product based on purchasing power parity (GDP PPP) and GDP PPP per area in Europe is moderate.  The three largest economies on a per capita basis have either a low, moderate, or high per area GDP relative to other countries on the continent.

As is usually the case, in Europe, results are geographically clustered.  Western European states have both high per capita and per area GDP PPP, Nordic countries have high per capita but low per area GDP PPP, the Blatic states are clustered together as are the Balkan states.  Only Southern European states and former Soviet republics are not clustered together.