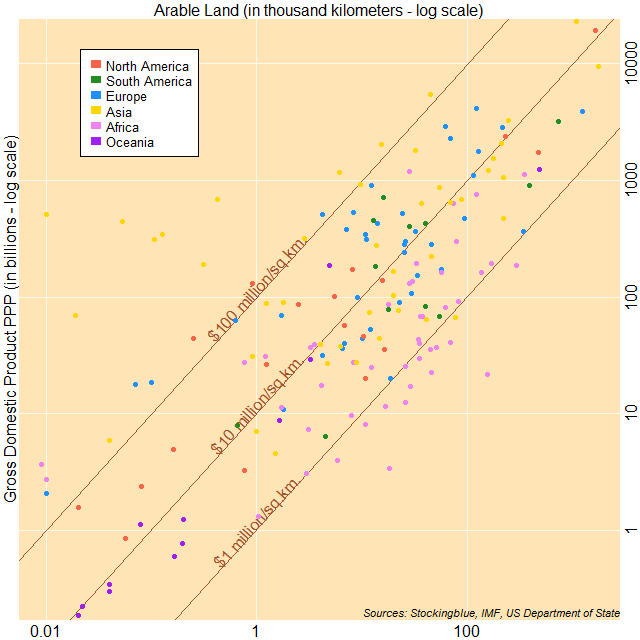 Most of the world's countries make between one million and 100 million international dollars per square mile of arable land.