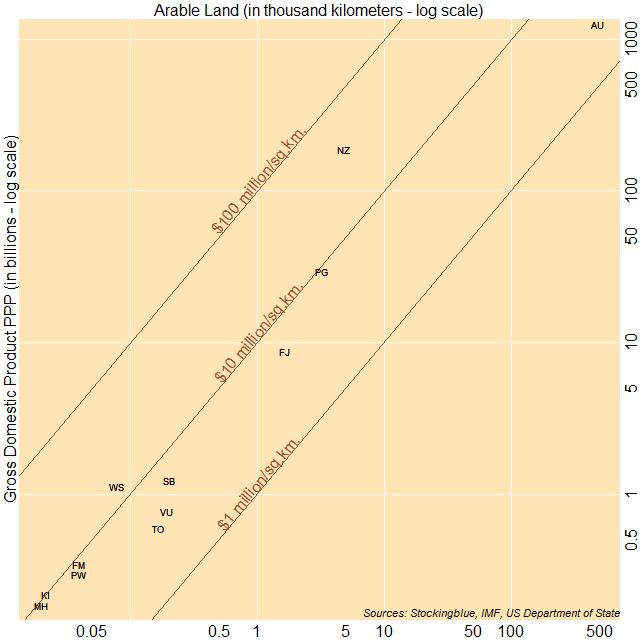 New Zealand, Samoa, and Kiribati are the only countries on the continent that make over 10 million international dollars per square kilometer.

Papua New Guinea does pretty well for itself in this metric, as opposed to its usual abysmal performance.