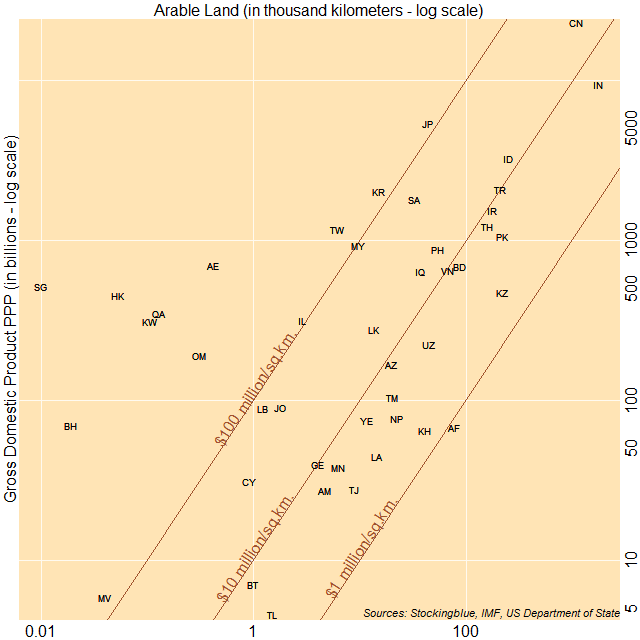 South and Central Asian countries do not fare so well in this metric.  Seven out of the ten worst performers come from this part of Asia.  Countries from the Arabic peninsula however, fare much better, partly due to the fact that they have so little arable land.

Aside from small states and countries from very arid regions, South Korea and Japan are the best performers on this metric.