Per Capita Air Travel in EU and US Regions 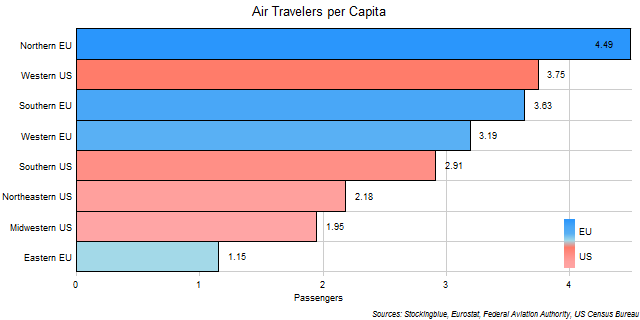 Although the Western EU has the most air travelers by far, it ranks fourth when population is taken into account.  The Northern EU, which in this metric is first, ranks eighth out of eight when it comes to total air travelers.