Air Travel in EU and US Regions 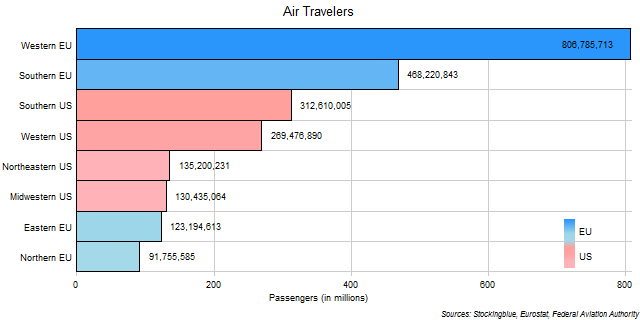 The chart above shows the number of passengers that traveled by air in each EU and US region.  The Western EU has so many air travelers that it has more than the next two regions combined.