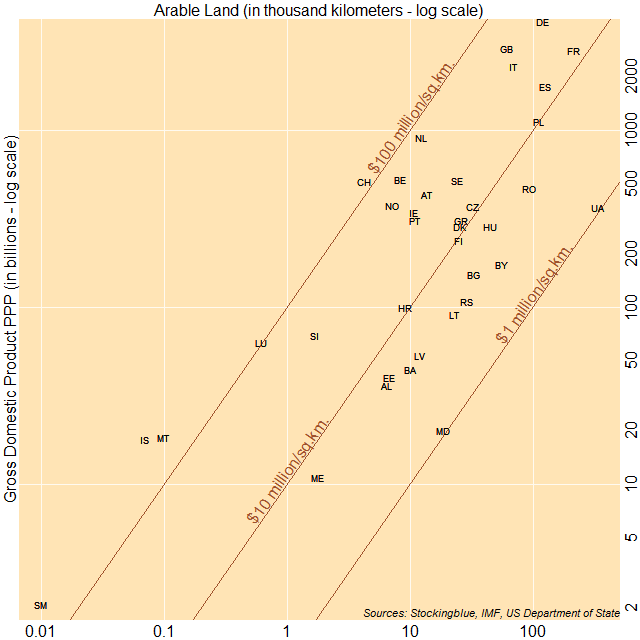 Iceland makes quite the transition as when its GDP is compared to total land the country has the smallest ratio, but when compared only to arable land, it has the largest ratio.