Voter Turnout by County in the 2018 Montana Senatorial Election 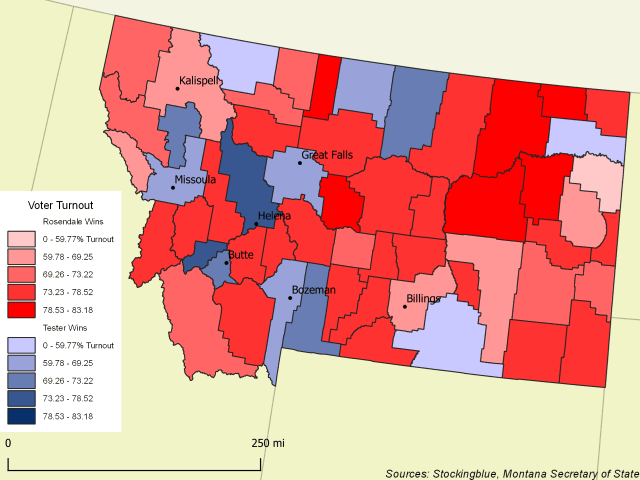 The map above shows the turnout and the candidate that won each county in the 2018 Senatorial election.  Jon Tester did not win a single county where voter turnout was high, whereas Matt Rosendale won six counties where voters turned out in droves.

Tester did well in urban areas, however the turnout there was lower than it was in the rural areas where Rosendale did well.  Although, Rosendale's advantage in voter turnout was not enough to overcome Tester's wins in counties with larger populations.