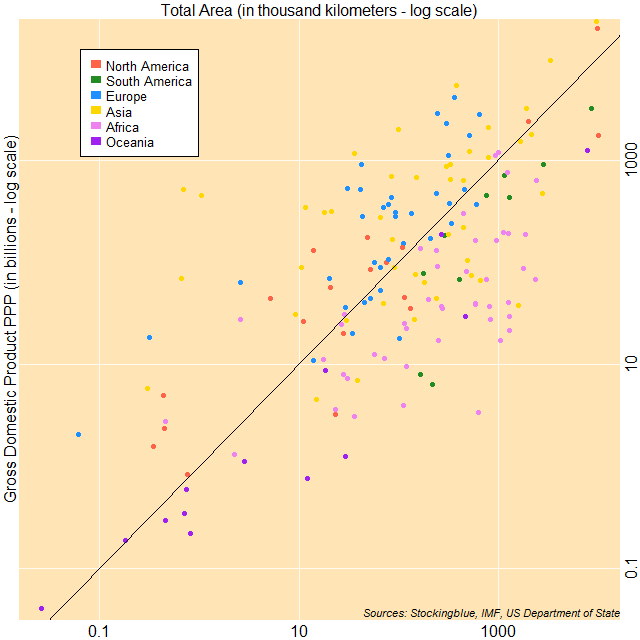 The chart above shows economic output as it relates to land area.  The countries to the top left of the diagonal line have a gross domestic product (GDP) of over one million international dollars per square kilometer, while countries to the bottom right have a GDP that is less than one million dollars per square kilometer.  Asia has the countries with the largest ratios of GDP to area whereas the Africa has the countries with the smallest ratios of GDP to area.

Some tiny Asian and European states have GDPs that are larger than nations much larger than them.

Amazingly, some of the largest countries also have economies many multiples of their geographic size.