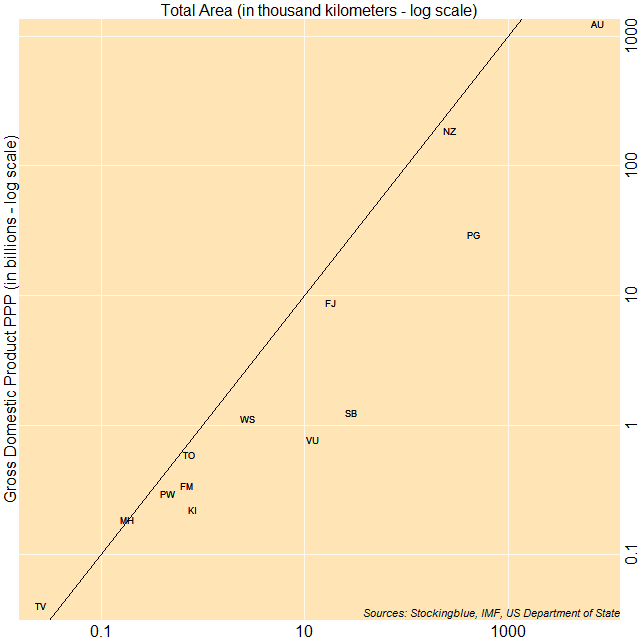 The chart above shows economic output as it relates to land area.  The countries to the top left of the diagonal line have a gross domestic product (GDP) of over one million international dollars per square kilometer, while countries to the bottom right have a GDP that is less than one million dollars per square kilometer.  Tuvalu, the Marshall Islands, and Tonga have the largest ratio of GDP to area whereas the Solomon Islands, Vanuatu, and Papua New Guinea have the smallest ratio of GDP to area.

Australia and New Zealand, who both usually outshine their neighbors in economic metrics, fall flat with Australia having the fourth worst GDP per square kilometer while New Zealand has the fourth best.  Granted, Australia is quite the sizable state.