EU and US Unemployment Rates, September 2021 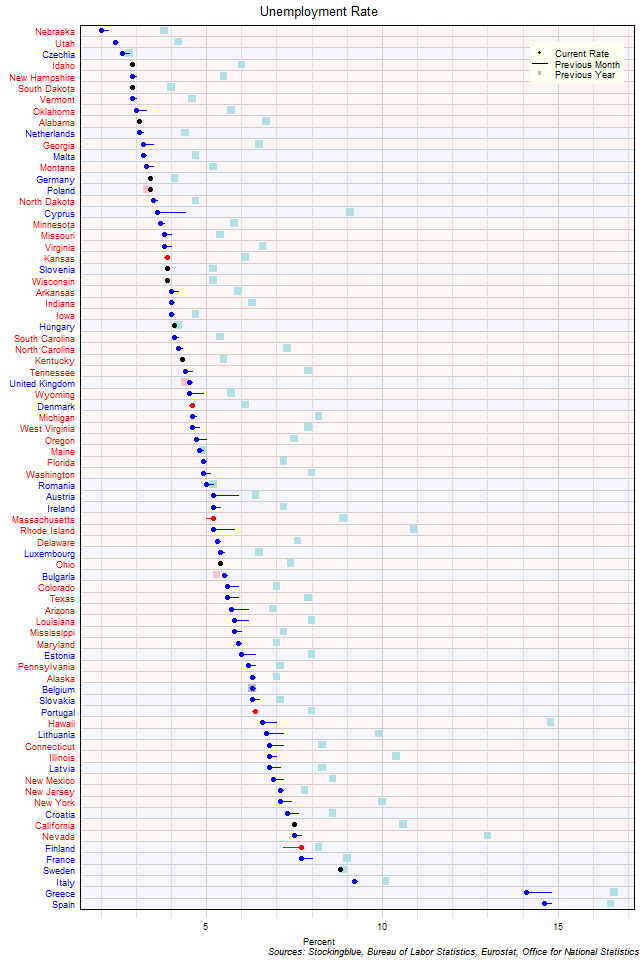 The chart above shows the unemployment rate in each EU and US state as of September 2021 (unless otherwise noted - see caveats below), the change from the previous month, and the rate one year prior.  Czechia, Idaho, Nebraska, New Hampshire, South Dakota, Utah, and Vermont are the only states with a rate below three percent.